Our U16 & U18 Boys will both be playing Mountain United and our U14 and U15 girls will be playing Coquitlam Metro Ford and Surrey United SC respectively.

The Provincial Premier Cup is the highest Youth Provincial Cup in BC which services boys and girls from the under 13 age division to under 18.  The Champions at this level in the U15 & U17 categories qualify to compete at the National Club Championships organized by the Canadian Soccer Association.

Join us in wishing our teams the best of luck in the Semi Finals this weekend. 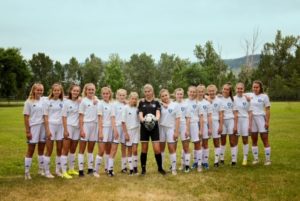